General de Gaulle spoke into a microphone of this type at BBC Broadcasting House in Langham Place, London. Unlike his speech given on 22 June 1940, the famous Appeal of 18 June was not recorded by the BBC's technicians, who were recording a radio speech given by the British Prime Minister, Winston Churchill at the time. 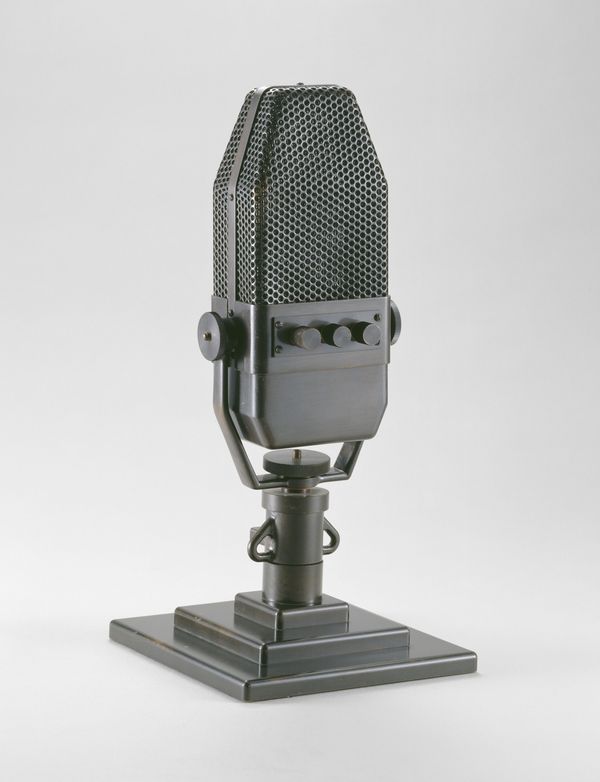 On 1 June 1940 de Gaulle was appointed Brigade General on a temporary basis. Four days later, the French President Lebrun appointed him under-secretary of state at the ministry of national defence and war. As part of his mission, he went to London on 9 June to try to convince Churchill to provide help to France. He was again in London on 16 June to talk with Churchill about Jean Monnet's project for a Franco-British union. He then went back to Bordeaux, where he heard that Paul Reynaud had resigned as French prime minister. De Gaulle again returned to London to give a speech on BBC radio, encouraging the French not to accept defeat but to continue the combat. Churchill gave his permission for the broadcast after Marshal Pétain announced on 17 June that "we must try to bring the fighting to an end". The Appeal of 18 June was of historic importance as the first of 67 speeches de Gaulle made for the BBC, even though few French people heard it at the time.

History : Deposited by the World Service of the British Broadcasting Corporation (1999)