Legend has it that this strange cannon was made for the wedding of Frederick I, Duke of Württemberg, in the late 16th century. But the reality is possibly stranger still. In fact, the wedding never took place and the Duke had been heavily indebted for years. Towards the end of his life, he became interested in alchemy and in the search for the philosopher's stone, hoping to make enough gold to pay off his debts. The decoration on this ornamental piece can also be seen in this light. 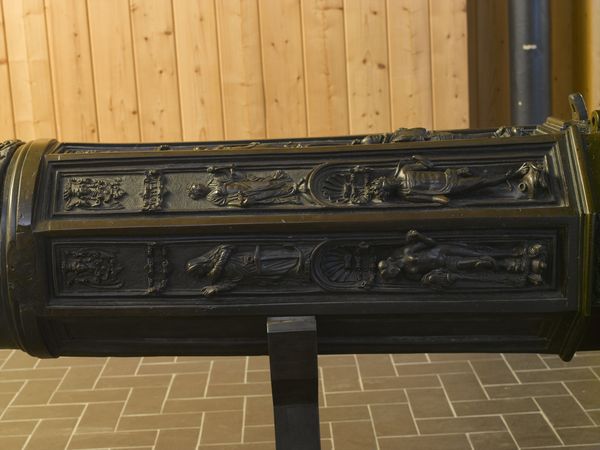 The reinforce of the cannon is octagonal. The five upper facets are decorated by niches containing small statues. Four of them represent allegories of water, air, land and fire, the four states of matter in alchemy. In the centre is a high-relief depiction of Frederick, first Duke of Württemberg (1593-1608), wearing his armour, above a label with the letters FHZW, standing for Friedrich Herzog Zu Wurtemberg. The Duke is shown in a central position, the position of the quintessence, the fifth element in alchemy: mankind as a divine creation.

The cannon handles are decorated with embracing couples. Tradition says that this is a representation of the Duke's wedding, but the faces are not the same as the central figure's. This decoration has been interpreted as the image of an alchemy wedding: the encounter and blending of two complementary opposites. 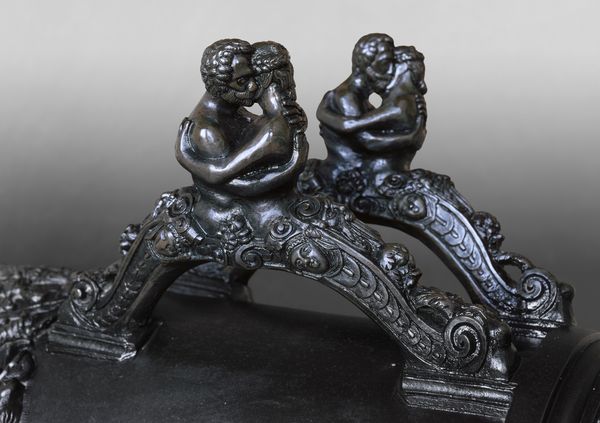 From the union arises the snake that makes its way along the ribbed and braided cannon bore. The snake represents the philosopher's stone. 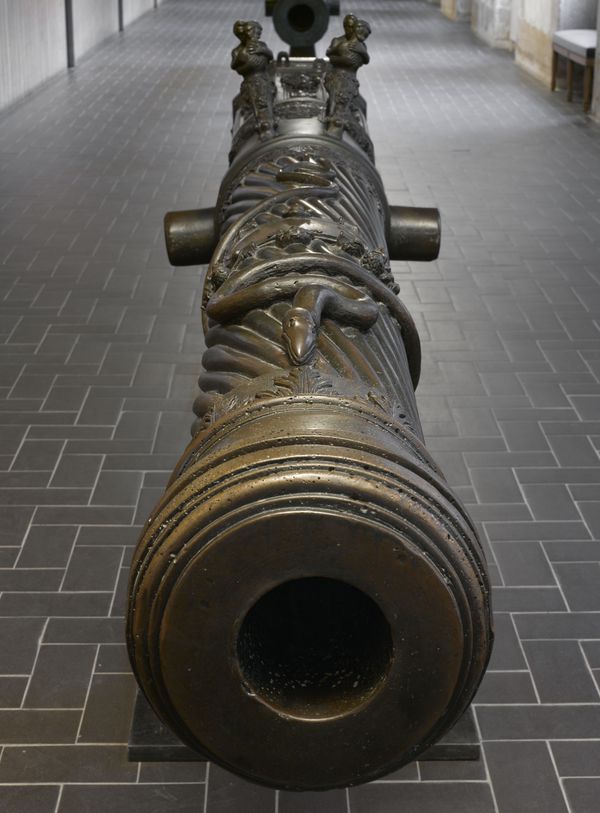 History : Captured from the Vienna arsenal in 1805, deposited at the Invalides in 1831