This set was probably Napoleon's favourite. He called them "my Versailles pistols", in the same way as he called the sword he wore at Austerlitz "my sword". He kept them with him during his exile on Saint Helena and left him to his son in his will. 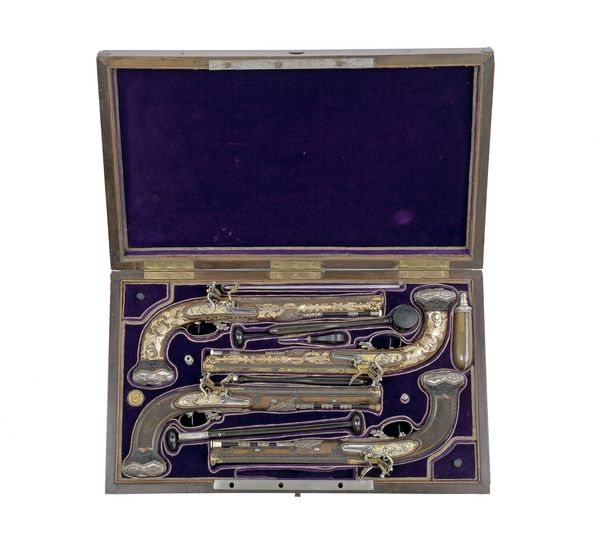 Army knives and firearms were often given to deserving officers for services in action or to heads of state as a diplomatic gift. Pistols were presented in a case containing all the accessories needed to take them apart and clean them, as well as the bullet mould. 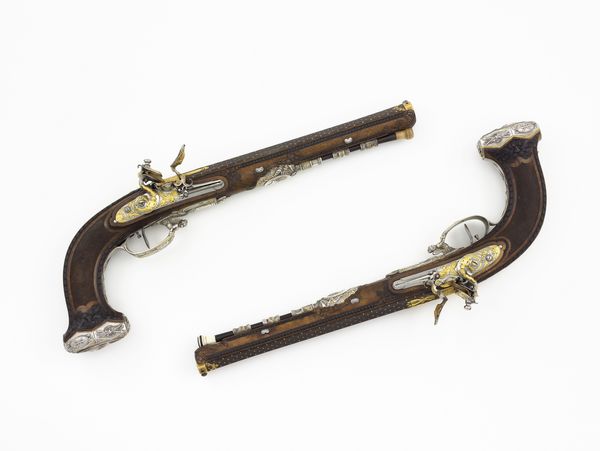 These particularly opulent weapons were made by Nicolas Noël-Boutet, the director of the Manufacture de Versailles, which was then the most prestigious luxury arms-maker in Europe. 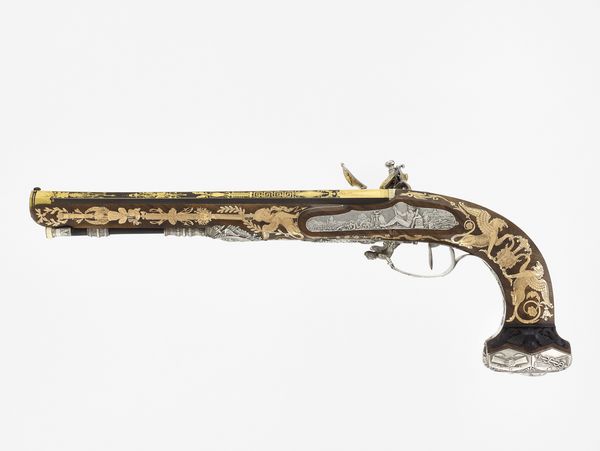 But are they really weapons? Boutet, who often signed his work "Boutet, artistic director", took little interest in technical matters. His unrivalled excellence was based not only on originality in shape and design, where nothing was left to chance, but also on his mastery in fitting together the precious metal plates, which helps make these objects, with their rich, varied ornamentation, real works of art. He can be considered as the founder of a new aesthetic standard in weaponry. 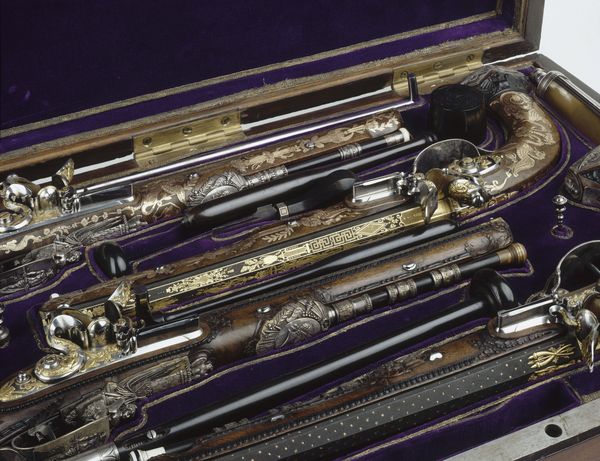 History : Donation from the Ministry of Fine Arts 1897