The Battle of Verdun (February-December 1916) was the deadliest battle of the First World War (1914-1918). It was an attempt by the German artillery to "bleed white" the French infantry. The brutality of the battle necessarily involved developing new artistic forms. Vallotton took inspiration from Cubism to paint "forces", a depiction of war that was more deeply true than a mere reproduction of its material effects. 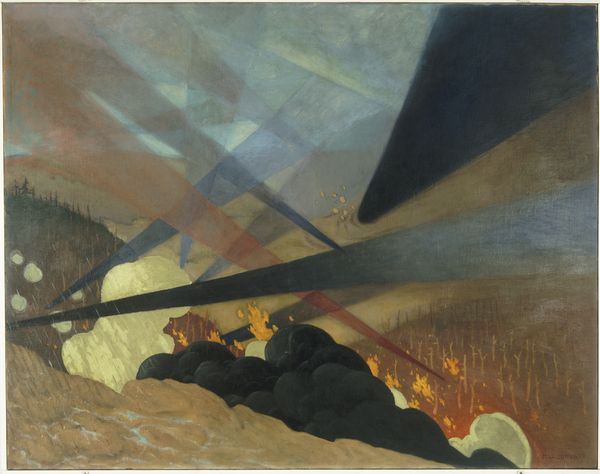 Vallotton was trying to produce a pictorial experience, where the symbol of the resistance of the French army to the enemy invasion appears in an almost abstract form. It shows the battlefield subjected to a deluge that gives a geometric structure to the space.

The overall vision is of a war landscape where antagonistic forces, violent storms and men are taking part in the battle. Visually, the painting focuses on the torrential forces unleashed to destroy the enemy, the extreme violence of the fighting, with the resulting devastation of the landscape, and the elimination of everything human in favour of machinery. The painter makes no attempt to convey the decisive instants of the battle, but provides an image to sum up the war, where all human presence has disappeared.

The composition is organised around coloured rays of light criss-crossing above the flames and gas clouds to form triangles, while to the left slanted lines of rain fall down. 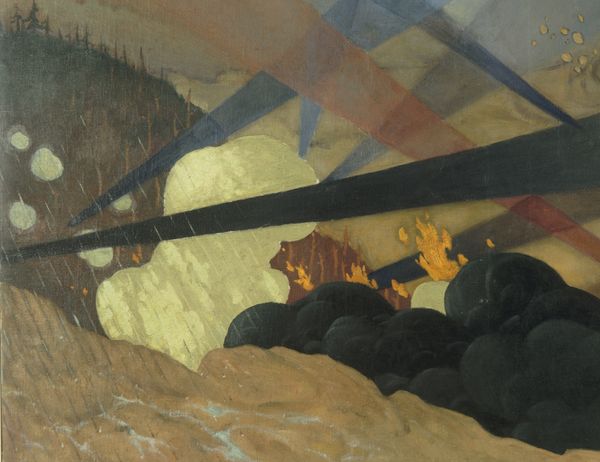