The Hôtel des Invalides was commissioned and financed by Louis XIV in 1670, in order to provide hospital accommodation and care for wounded, sick, disabled and elderly soldiers. The chosen site was located near Paris, in the plain of Grenelle, on the banks of the Seine.

Since its founding in 1670, the original medical and military roles of the Invalides, which Louis XIV considered his most important work, have been enriched through the years by several new ones. Today it has become a truly living and welcoming site.

Between 1671 and 1675, the building site was led by the architect Libéral Bruant, who drew up a quadrilateral plan in which the buildings were arranged behind a monumental facade leading to a large central courtyard. In the spring of 1676, Bruant was replaced by Jules Hardouin-Mansart, who completed the churches. The Soldiers' Church was completed in 1679, but it was not until 1706 that Louis XIV inaugurated the Royal Church of the Dôme. Although the original plans suggested a church with a double altar, today there are two different buildings: the cathedral of Saint-Louis des Invalides and the Dôme des Invalides. From its beginnings, the Hôtel des Invalides was more than a military hospital: it was also a hospice, barracks, convent and even, for a time, a manufacturing centre producing shoes, tapestries and illuminated books. In 1777, the collections of the Musée des Plans-Reliefs were moved to the Invalides. 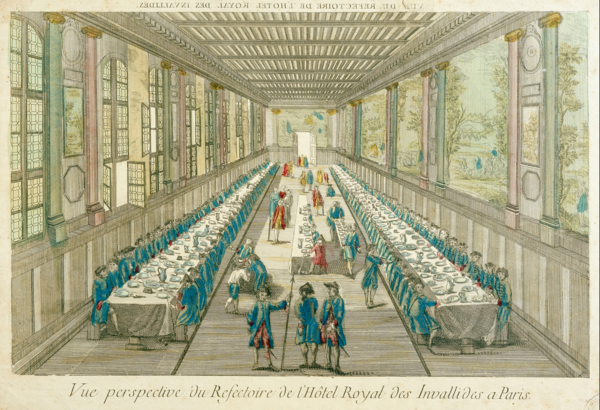 The Revolution greatly affected life at the Hôtel. On 14 July 1789, the Bastille was captured and the artillery, rifles and cannons, used were that seized at the Invalides. The elimination of the institution, with its overly monarchical identity, was narrowly avoided, while the Saint-Louis Cathedral closed to worship and became the site where the emblems taken from the enemy were displayed. 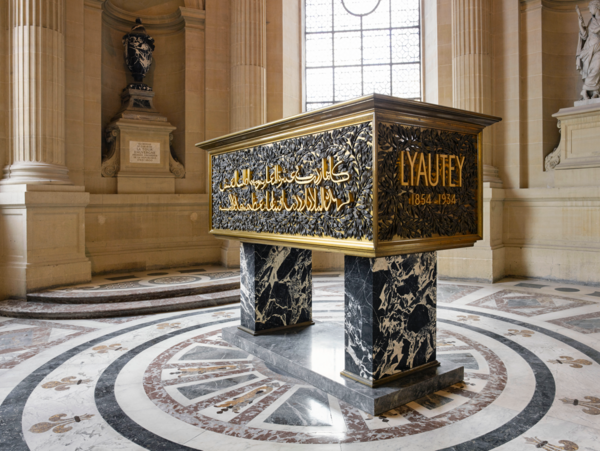 During the Consulate and the Empire, the Invalides enjoyed Napoleon's special protection, who decided to transfer the ashes of Turenne in the Dôme, followed by Vauban's heart. Its role as a military necropolis was consecrated in 1840, when the July Monarchy organised the return of the Emperor's ashes, laid to rest under the Dôme, until 1861 when these were transferred to the tomb built according to the plans of architect Visconti.

After the war of 1870-1871, the hospital activity of the Invalides declined and was replaced by the role of cultural heritage, resulting in the installation of the Musée d’Artillerie (Artillery Museum) in 1871 and the creation of the Musée historique de l'Armée (Historical Museum of the Army) in 1896.

The two institutions were merged in 1905, giving birth to the Musée de l'Armée (Army Museum). High-level military authorities also moved into the building, such as the military government of Paris in 1897. During the Great War, the Hôtel des Invalides experienced a strong surge of patriotism, as illustrated by the exhibition of war trophies captured from the Germans in the cour d’honneur, as well as by the many ceremonies, including the transfer to the Invalides of the ashes of Rouget de Lisle in 1915, in anticipation of a delayed burial at the Pantheon. The memory of the victory of 1918 continued to haunt during the interwar period, with the entry of many of the great leaders of the First World War into the funeral vault of the Governors, with the exception of Marshal Foch, whose remains were placed in the tomb built by Paul Landowski in one of the chapels of the Dôme in 1937. 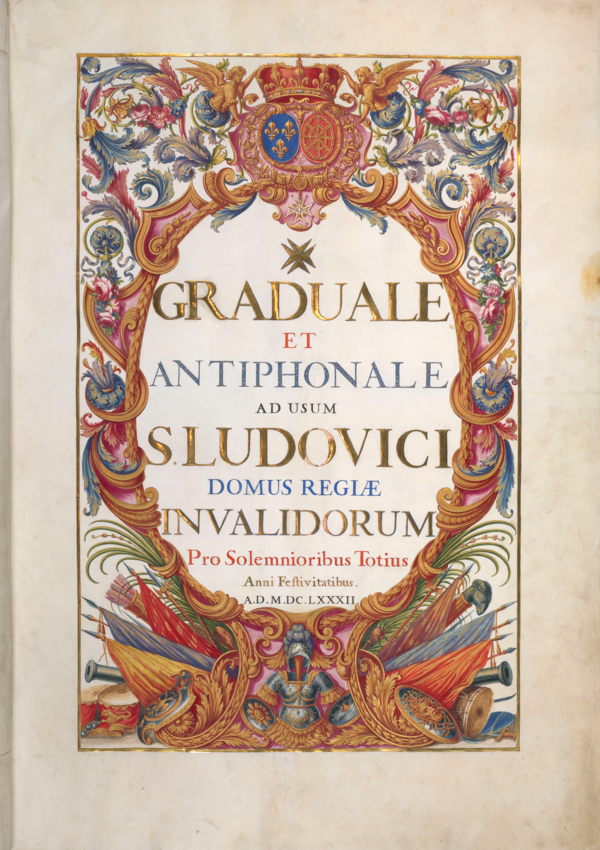 Gradual and Antiphonary for the use of the king Louis IX of France, 1682

After the fall of France in 1940, the Germans occupied the Hôtel des Invalides. A substantial amount from the Musée de l’Armée’s collections had been taken by the Germans; on 15 December 1940, they also transferred the ashes of Napoleon's son, nicknamed L'Aiglon, to the Dôme. After 1945, the necropolis welcomed military leaders of the Second World War, notably Marshals Leclerc and Juin, as well asMarshal Lyautey in 1961, the most famous of the French colonial officers. In 1970, the Musée de l'Ordre de la Libération was moved to the Invalides. Major campaigns to restore the monument were carried out, such as the re-gilding of the Dôme in 1989.

The Musée de l'Armée, which has been entirely renovated in 2010, now welcomes more than 1.2 million visitors a year, while also carrying out extensive ceremonial activity to honour those who have died in service, the victims of terrorist acts and the deceased national figures. The variety of roles is a continuation of the institution created in 1670, both singular and multifaceted.