From 1914 to 1918, the 75 mm 1897 model field gun was the French army's most important weapon. The "75" was the first piece of artillery to compensate for recoil on firing. It was accurate and mobile and had a rapid firing rate. It was an unprecedented technological achievement. The 75mm gun was highly effective during the war of movement (especially during the battles of the Marne), but was less well adapted to trench warfare because of insufficient firepower.

The "75" was equipped with a hydro-pneumatic brake, a mechanism working with nitrogen and oil. This absorbed the force of the recoil : the gun carriage didn't move and the bore returned to its starting position. As a result, the artillerymen (six men, plus the battery commander) only needed to adjust the aim after firing: the firing rate was much higher as a result. 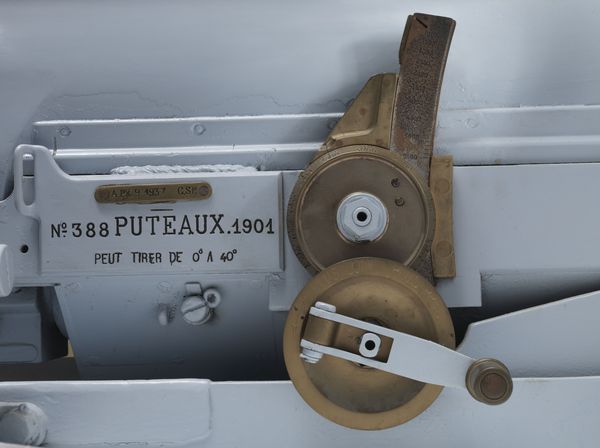 Several different types of ammunition were used. The shells with lead balls and explosives in use at the start of the war were later completed by incendiary, smoke, star, armour-piercing and toxic shells, towards the end of the war. From 1916 to 1918, the artillery was the main way to fire poison gas. The "75" was superior to its German rival, the 77 mm model 1896 field gun. The German gun did not have a modern recoil brake and its range was lower: 5,500 m compared with 8,550 m. Around 30,000 of the French guns were made and used by a range of countries, including Serbia, Greece, the US, Poland, Belgium, Portugal and Spain. 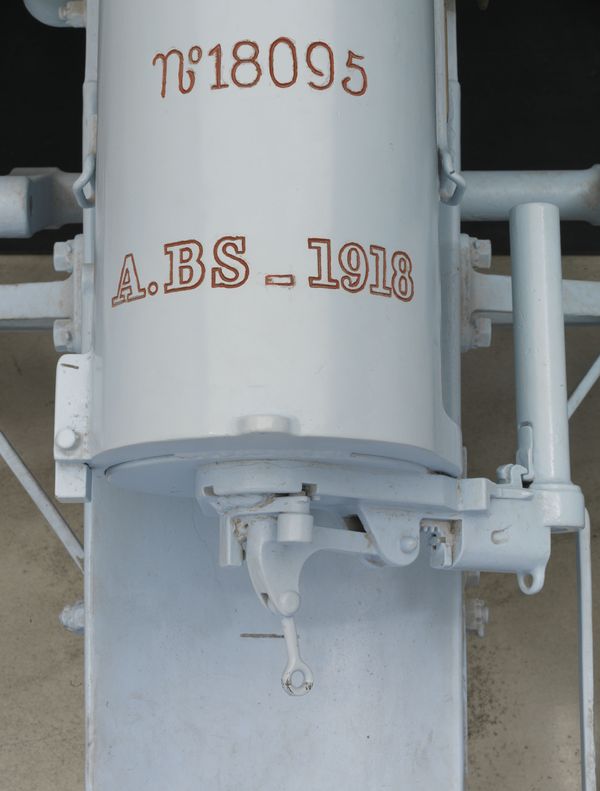 History: After being used in action in the First World War, this gun entered the museum collections in 1920.