Napoleon Bonaparte was named emperor of France after the senatus consultum of 18 May 1804. The sumptuous coronation ceremony took place a few months later, on 2 December 1804, at Notre Dame Cathedral in Paris. For the occasion, Napoleon wore a range of different garments, including the "grand habillement" (ceremonial dress). In 1806, a young artist, Jean-Auguste-Dominique Ingres (1780-1867), painted him wearing this ceremonial dress, including a purple velvet robe decorated with golden bees. 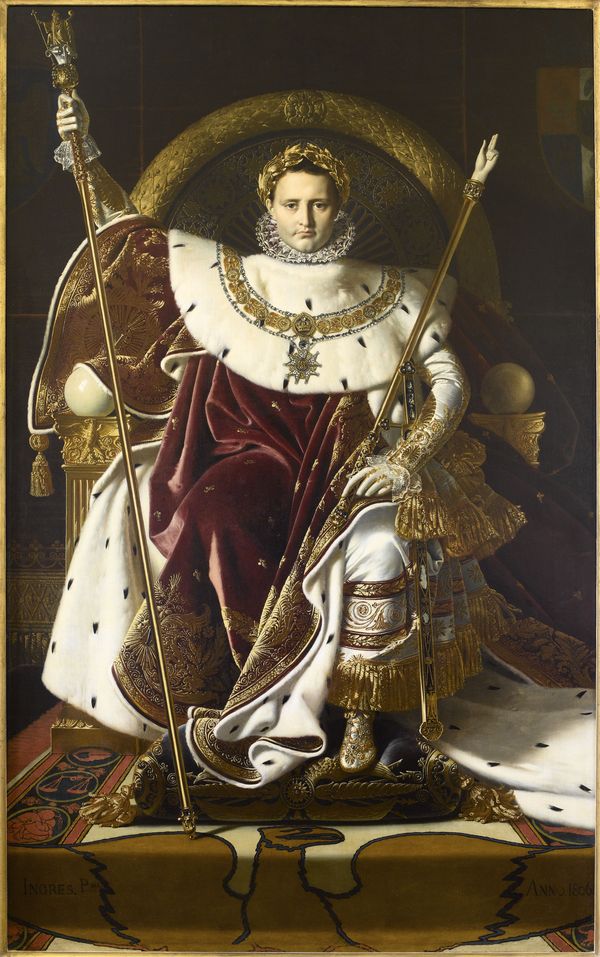 "Napoleon on the Throne" or "His Majesty the Emperor of France on his Throne" by Jean-Auguste-Dominique Ingres © Paris - Musée de l'Armée, Dist. RMN-Grand Palais / Emilie Cambier

Today, this is one of the most famous portraits of Napoleon, but it was not well liked by his contemporaries, who saw it as "Gothic" and "barbarous". The composition is original, showing Napoleon seated, face-on, with his head emerging from a body clothed in impressive attire. It was far removed from the way the emperor was usually shown. Here he is compared to Jupiter or a Byzantine icon. It is thought that the painting was made to be sent to Italy, since the coat of arms of the kingdom of Italy can be seen in the background.

The bees on the robe were one of the empire's chosen emblems, along with the eagle. 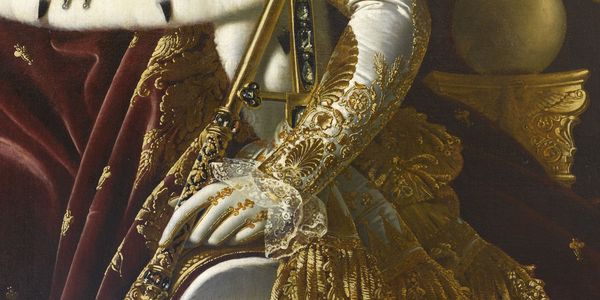 On Napoleon's head, the laurel crown, like the purple robe, recalls the Roman emperors. 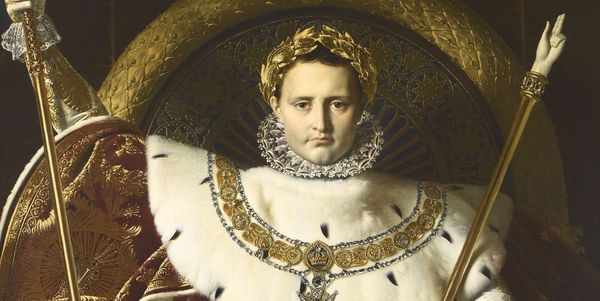 Other regalia (objects of imperial power once carried by the kings of France and handed over during the coronation) include the sceptre with a statuette of Charlemagne at the top, the hand of Justice (on the right) and a sword inspired by the Joyeuse, Charlemagne's legendary sword.

History : From 1806 to 1814, the painting was part of the French Legislative Assembly collection, and was then added to the royal museums collection. In 1832, King Louis-Philippe donated it to the Hôtel des Invalides.