On 31 August 1679, in Fontainebleau, the proxy wedding of Charles II of Spain and Marie Louise d’Orléans, Louis XIV's niece, was celebrated. This was an occasion for the king of France to invite representatives from the major European powers and to sign treaties with Sweden and Denmark, after the Franco-Dutch War. The Gardes de la Manche, the king's personal guard, were given new partisans with a decoration illustrating the royal ideology and the worldview of the French crown. 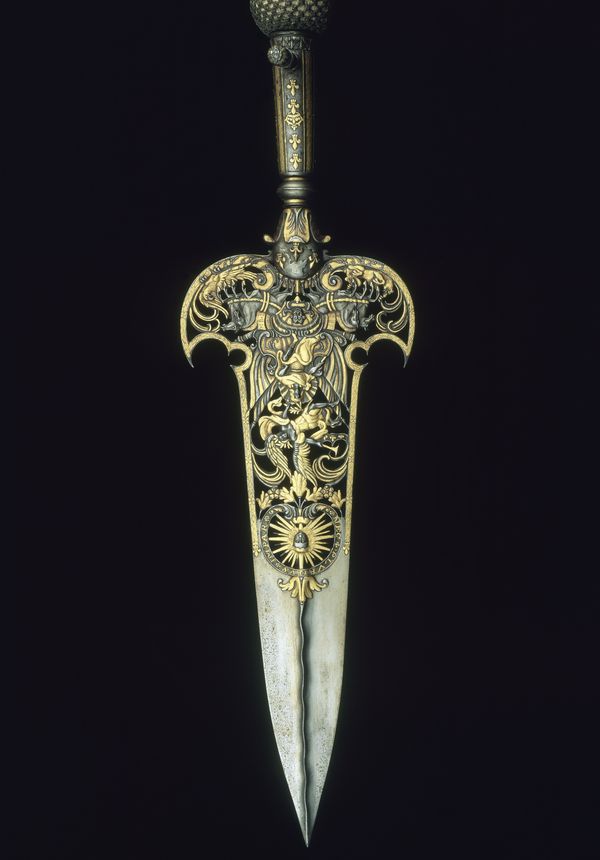 The Gardes de la Manche (literally "Guards of the Sleeve") were the troops who stood closest to the king, so close that they could touch his sleeve. In 1679, they were given new tabards and weapons. The symbols of Hercules, inherited from King Henry IV, were replaced by symbols of the sun, which were adopted by Louis XIV from about 1662.

The weapons were made by Jean Bérain (1640-1711), who designed the costumes and decors at the French court from 1675 – equestrian displays, funerals, as well as festivities and operas.

The partisan blade represents the world (a terrestrial globe), above which is a chariot manned by the god of war, Mars (the king). The chariot, pulled by four horses, is crushing the eagle (the Holy Roman Empire) and the lion (often associated with England, but in this context, representing Spain). 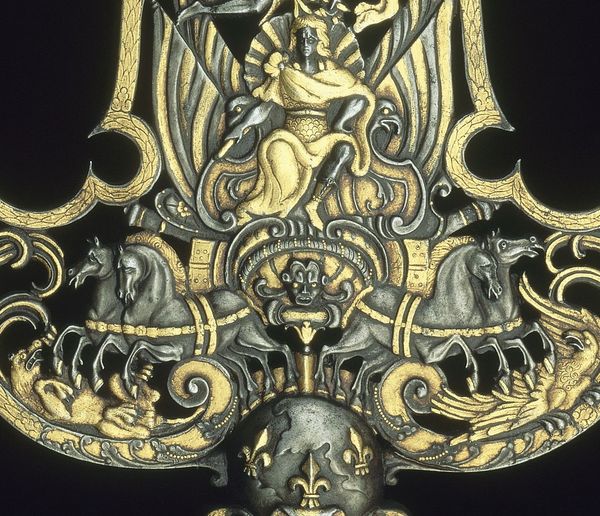 The king is being crowned with the victor's laurels by an allegory of Renown, under a shining sun encircled by the motto NEC PLURIBUS IMPAR. 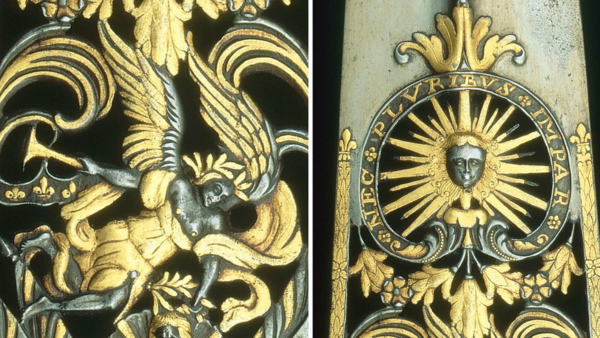 (On the left) Allegory of Renown, crowning the king / (on the right) The sun, personal emblem of Louis XIV and the royal motto
© musée de l'Armée (Dist. RMN-Grand Palais) Pascal Segrette