This artillery model was given to Louis XIV by the Franche-Comté parliament in 1676. This remarkable piece of craftsmanship illustrates an important stage in the formation of modern France. Franche-Comté, which had been a possession of the king of Spain, only became part of France in 1678, when the Treaties of Nijmegen were signed, bringing the Franco-Dutch War (1672-1678) to an end. For the high-ranking figures in Franche-Comté, the gift was a way of showing their loyalty to the king.

The cannon was the work of the craftsman Laurent Ballard. It is made of gilded bronze and is richly decorated from the breech to the muzzle. All the imagery is meant to glorify the Sun King.

On the cannon bore, Louis XIV is shown clothed as a Roman emperor, encircled with laurel leaves. At the end of the bore are a series of trophies (drums, armour, weapons) with the royal coat of arms below, the royal crown above and surrounded by the collars of the orders of St Michael and of the Holy Spirit.

On the first reinforce are depictions of the sieges of Besançon and of Dôle, the two biggest cities in Franche-Comté. On each of them, Louis XIV is shown at the head of his armies on horseback, with his commander's baton. 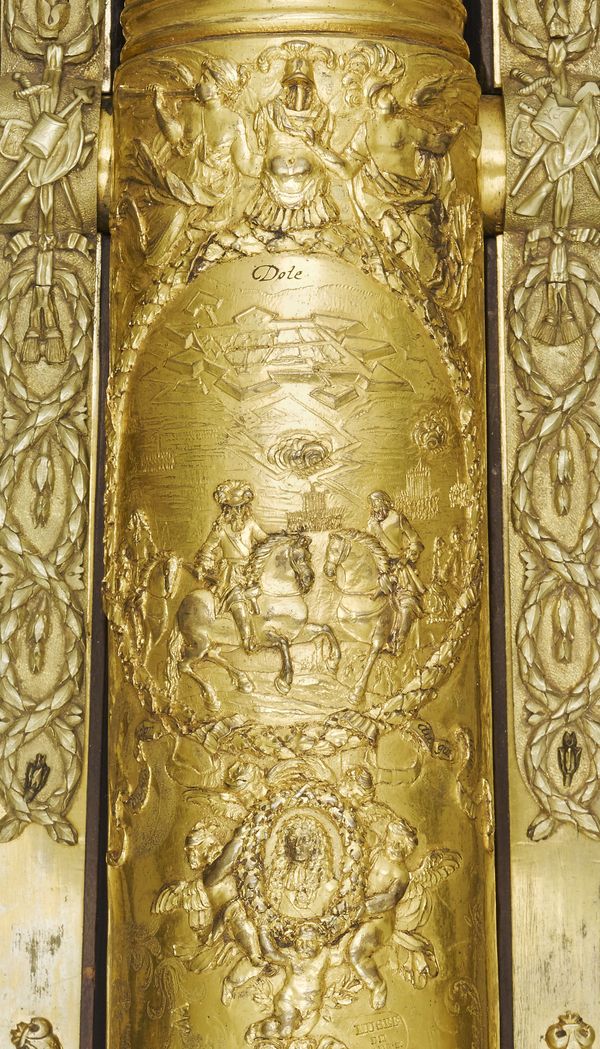 A lion issuant, holding a cannonball, is shown at the rear of the cannon. 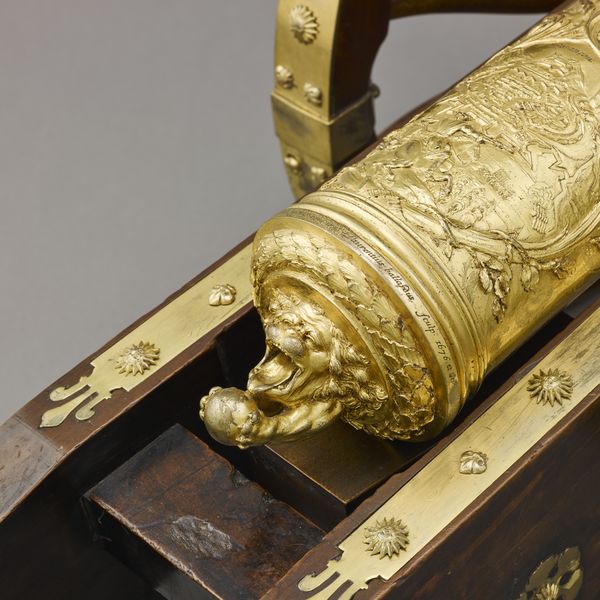 The gun carriage is made of fruit-tree wood and gilded brass. It is decorated with fleur-de-lis and royal suns. It matches the technical richness and imagery of this small ceremonial cannon, which is a real ode to the king.

History : Added to the museum's collections in 1872