This Collar of the Grand Master of the Légion d’honneur belonged to Napoleon Bonaparte. In daily life, Napoleon often wore the decorations of the Légion d'honneur (sash and badge). This decoration is still awarded today by the French President. 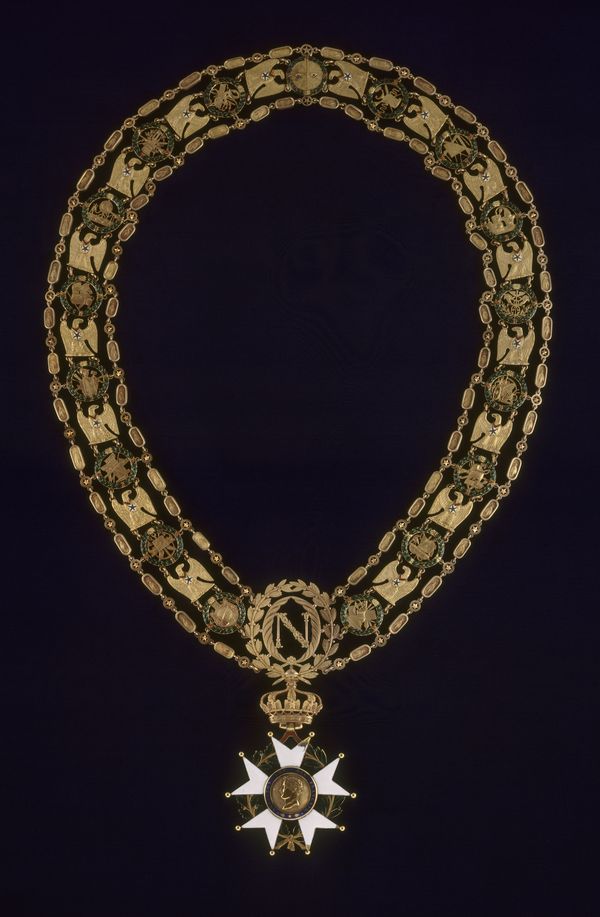 On 19 May 1802, Napoleon created the order of the Légion d’honneur to reward civilian and military services made to the Nation. Orders and distinctions of this kind had been abolished during the French Revolution in the name of equality.

The shape of the decoration was decided on in July 1804: a white star with five double points and encircled with oak leaves and laurel leaves. Another order, the Order of the Iron Crown, was created by Napoleon in 1805, after he was crowned King of Italy.

The Collar of the Grand Master of the Légion d’honneur shown here belonged to Napoleon Bonaparte. The gold chain is made up of 16 medallions representing the disciplines of the order's members (literature, sciences and arts) and 16 eagles, all framed by two rows of links decorated by bees and stars. The chain joins up at the monogram 'N'. At the bottom is hung the Légion d'honneur star, with the Emperor's profile in the centre. The back of the clasp bears the signature of the goldsmith who made this piece, Martin-Guillaume Biennais.

The history of the Légion d'honneur is closely linked to the Hôtel des Invalides, since the first Légion d'honneur was awarded in the Soldiers' Church (now Saint Louis Church) on 15 July 1804. The ceremony was also seen as an official consecration of the Empire in Paris. 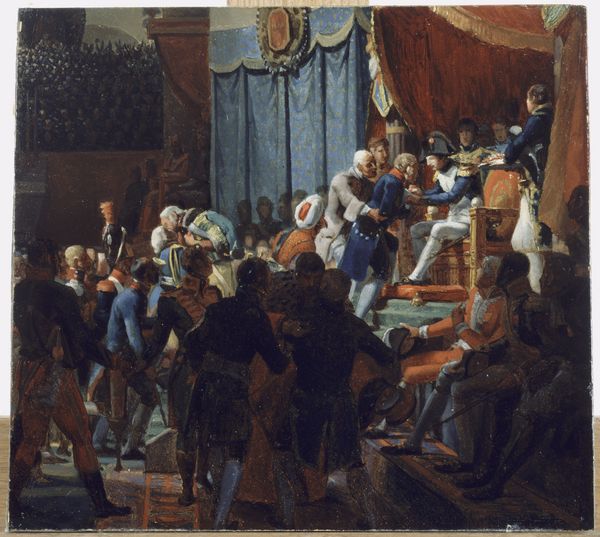 First distribution of Legion of Honour crosses at the Church of Les Invalides by the Emperor on 14 July 1804 by Jean-Baptiste Debret (1768-1848) © Paris - Musée de l'Armée, Dist. RMN-Grand Palais / Emilie Cambier

History : Donation by Joseph Bonaparte to the French government in 1843. It was placed beneath the Invalides dome in the Saint Jérôme chapel.